How Cryptocurrency is Becoming Part of College Athletics 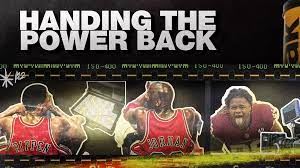 Mirroring society at large, cryptocurrency is gaining traction and influence in the world of college athletics. The advent of NIL legislation in mid-2021 pushed the fast-forward button on the trend.

Now an entire industry is looking to educate college athletes on how they can benefit and profit from blockchain technology, cryptocurrencies, NFTs, and more.

Here is a look at just a few of the ways cryptocurrency is becoming a huge part of college athletics.

Athletes are creating their own cryptocurrencies

College athletes are using their NIL rights in many ways, with some jumping directly into the entrepreneurial spirit and combining it with crypto to create their own coins.

Coins are enticing to athletes for their profit potential, and to fans as a way to get a piece of their favorite star and access to even more exclusive items and experiences.

The first to do it was UCLA star basketball player Jaylen Clark, who created the $JROCK coin to capitalize on the potential of his 80K+ fans on YouTube and Instagram.

Clark added to the value of his coin in the way many athletes have, by making his coin the ticket to exclusive content, raffles, and giveaways.

One of the biggest stars in college football last season, and now on his way to being a Top-10 pick in the upcoming NFL draft, is Oregon DE Kayvon Thibodeaux.

Having already started his JREAM Foundation to benefit underprivileged youth, the star Duck created the $JREAM coin and pledged a portion of the proceeds to go towards the Foundation.

Thibodeaux also added in other benefits to sweeten the pot for buyers of the coin, including access to a private Discord server and exclusive access to merchandise drops.

Many cryptocurrency companies are following the traditional route with NIL, brokering deals with athletes to sponsor athletes through various NIL platforms.

One of the first was Yummy Crypto, which partnered with deal-making platform Dreamfield for deals with the FSU football team and the Miami basketball program, in exchanges that paid the athletes cash for social media posts.

FTX also announced they would work with Dreamfield to make deals with a wide range of the athletes represented on the platform, encompassing an NFT program and crypto payments.

The company will not only facilitate athletes making their own NFT trading cards, they also have plans to create an all-new social platform where athletes will connect with other athletes and be able to post highlights and details on how they train.

NFTs have transcended the world of crypto, making their way into everything from video games to digital highlights of NBA games.

For college athletics, NFTs have widely taken the form of digital trading cards. The cards offer advantages over traditional cards and take advantage of the novelty that comes with crypto.

NFTs are a major component of many of the NIL deals that crypto companies are making with college athletes right now, while some athletes are taking the reins themselves.

Oregon Ducks superstar Kayvon Thibodeaux approached famed Nike founder Phil Knight and one of the lead artists for the Jordan brand to create his own NFT very early in the NIL age.

FTX is placing an emphasis on NFTs with its recent deals, and even college football legend Tim Tebow is getting in on the craze, creating an NFT-centric startup in recent days.

Collectibles will always be big business, and combining NIL with crypto is a package too enticing for anyone on either side of the equation to resist.

Athletes are being paid in crypto for NIL deals

With the large number of cryptocurrency companies jumping into the NIL space, it only makes sense that athletes will start seeing payments in the form of various crypto coins.

Crypto exchange FTX is leading the charge on this front, making deals with teams at BYU, FSU, and Kentucky that will see athletes be paid entirely in cryptocurrency.

Michigan QB Cade McNamara kicked off the trend of accepting crypto payments just a few months after NIL began, partnering with crypto token MORE Management to be paid for endorsements with their unique token.

With all this new ground being broken, athletes are being advised to proceed with caution. Experts are recommending athletes and their schools educate themselves on the technology to avoid getting burned in their NIL dealings.

Some experts say athletes should not accept payment in any coin other than Bitcoin, as it offers the most stability of any coin. Learning the fundamentals of crypto and blockchain systems is critical.

The more athletes learn for themselves, and are surrounded by trusted advisors, the safer and more prepared they will be to take advantage of crypto opportunities in NIL.

Stay tuned to Dreamfield’s Resource Center for the latest developments on how cryptocurrency is influencing the NIL space for both businesses and athletes.

We use cookies on our website to give you the most relevant experience by remembering your preferences and repeat visits. By clicking “Accept All”, you consent to the use of ALL the cookies. However, you may visit "Cookie Settings" to provide a controlled consent.
Cookie SettingsAccept All
Manage consent

This website uses cookies to improve your experience while you navigate through the website. Out of these, the cookies that are categorized as necessary are stored on your browser as they are essential for the working of basic functionalities of the website. We also use third-party cookies that help us analyze and understand how you use this website. These cookies will be stored in your browser only with your consent. You also have the option to opt-out of these cookies. But opting out of some of these cookies may affect your browsing experience.
Necessary Always Enabled
Necessary cookies are absolutely essential for the website to function properly. These cookies ensure basic functionalities and security features of the website, anonymously.
Functional
Functional cookies help to perform certain functionalities like sharing the content of the website on social media platforms, collect feedbacks, and other third-party features.
Performance
Performance cookies are used to understand and analyze the key performance indexes of the website which helps in delivering a better user experience for the visitors.
Analytics
Analytical cookies are used to understand how visitors interact with the website. These cookies help provide information on metrics the number of visitors, bounce rate, traffic source, etc.
Advertisement
Advertisement cookies are used to provide visitors with relevant ads and marketing campaigns. These cookies track visitors across websites and collect information to provide customized ads.
Others
Other uncategorized cookies are those that are being analyzed and have not been classified into a category as yet.
SAVE & ACCEPT